So what piano is best for a beginner? This is a question that we’re asked almost every single day here online on Pinaolessonbeginner.com. 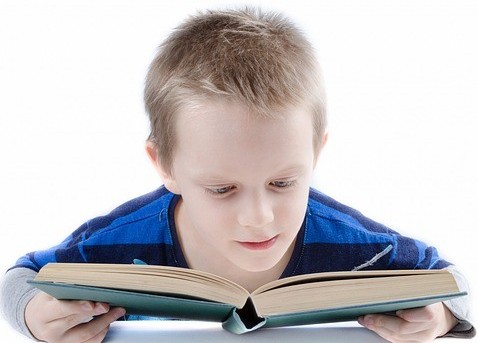 And the answer tends to come down the three factors.

1. The first the most obvious of which is what is your budget

2. The second one is how much room do you have in your home.

3. But the third one is a new in the age of digital pianos and keyboards and that is, how do you want the learn the play the piano. 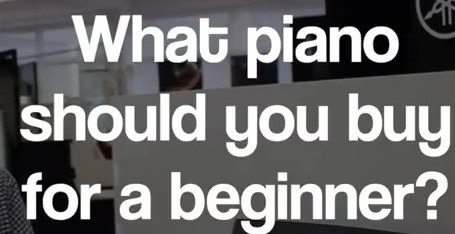 Now what do I mean by that exactly. Well there are keyboards rather like this one down here that will play just like a traditional piano the Yamaha P125 88 keys 22kg or Yamaha P115 .You turn it on and it gives you a straight forward piano sound.

Now that is great if you want the learn in the traditional way, that’s because it operates just like traditional pianos.

But there are also versions like this one up here and this one over here as you can see they’ve got lots of buttons on them and a big screen as well.

Now. These are designed the make learning a little more interesting and exciting because they’ll show you music on those big screens and they’ll play backing tracks for example you can play in a band or an orchestra and just play the music part. There’s even a model where the keys themselves light up Casio LK -175 l and play along with you those are hugely popular with children as you might expect.

But, if there are things that will play along with you and be a bit more engaging like these. Then you can actually end up playing with a group Orchestra. Having that feeling of performing in the group and Orchestra and without an extensive learning process which some people is really fantastic.

Now, let’s say you’re in that first category traditional way of learning and your budget for your first piano is about a thousand dollars.

Have a look at these models Yamaha Mid level Piagerro 76 keys NP-32,

Yamaha P-45 these are not piano weighted keys

Yamaha P115 is 88 weighted piano keys and is very popular.

Hey Everyone, My name is Micah Blake And in This lesson we are going to be looking at what keyboard you should buy your kids for lessons .

Lie number 1 In order to be a good student you need to have a real piano Not a keyboard.

Unless your training your five year old to be like the next concert pianist and they need to have the best to begin with to become the best well that’s your philosophy and you probably wouldn’t be watching this video right now.

I had kids learn on tablets. Like literally on an iPad. Now that’s not the best thing in the world but they were learning.

They were taking lessons and they were learning on their tablet.

But like I said you, don’t need a real piano to do this.

Another thing people like to say is “The really important thing is you have to have weighted keys” So that it feels like a real piano This is another joke.

You don’t have to have weighted keys In my opinion I don’t even like to play with weighted keys, I played with them for twenty years.

This really just depends on your preference. It’s a lot cheaper to buy then without weighted keys so if your student or your kids is just starting out It’s cheaper to get in without that, and if they enjoy that it’s going to be cheaper there whole life to get good instruments like that. It’s definitely not a requirement

Now the other people, a lot of people say “It’s important to get something with 88 keys, thats a full keyboard” Now if your kids is starting out in lessons, It will probably be like years before they need the full keys.And even this is my keyboard that I use it is a KORG KROME This is more expensive than what I will be showing you.

But this is what I use professionally when I record, And when I play live and it only has 61 keys .

It does have an octave button so I can bump all the keys lower and play lower if I need to, but I don’t need all that all of the time. I’m typically playing with a band I’m not playing the full spectrum because I don’t need to, the bass player is playing the bass or they aren’t I bump it down and then I am playing the bass. I don’t need to play everything all the time and your student definitely isn’t going to be. They are going to be working in this section. That many keys for like a year. You don’t have to go out and spend the extra money for the extra weight, to take up the extra space to have this huge keyboard in your house.

Totally Unnecessary. Another thing is “Do you need Speakers” Really nice speakers that sound like a real piano. Now no you don’t some of these some of these keyboards have really awesome sounds in them. And typically your kids will actually enjoy having headphones on. They can play all the really annoying sounds all the time that you won’t actually want them to play with speakers. They are going to have fun playing on there own so if it’s just headphones it’s probably fine. You can always plug it into other stuff

Now those are the main lies Like I said. So what are some of the main components I am going to look for?

The first one The #1 for me is Touch Sensitivity Now if you are looking online Just google in the comments or something and ask a question “Does this have touch Sensitivity” usually that is something that people have commented on.

And then if it has touch sensitivity it will sound soft When I play soft or loud when I play loud. And that makes a huge difference on how you play piano and how it sounds to people. That would be my number one.

The other differences that will come into play are those other things we talked about. Does it have enough number of keys? I would have at least 61, because usually anything below that usually the quality of the instrument goes down, because real musicians aren’t using it. It’s not because it’s 61 keys that you need it but if it’s less than that it’s usually a toy and not an instrument.

Weighted keys if that’s a really big deal to you and then What perks does it have? What I mean by that is does it come with a stand.

Does it come with a pedal?

Does it have instruments they can play with?

Sometimes it comes with an app they can actually learn songs off of it.

All of these things are a big deal if that’s something you really need .

This is the Alesis Recital 88 Key Beginner Digital Keyboard .Now this one is your full size keyboard. It has the full 88 keys over the full thing here. It also has semi weighted keys. Which means it’s not full “hammer Action” Like a real piano would be. But it does have some weight to the keys. So if that is a big deal for you, I know it’s not typically a big deal for most people. But the biggest part of this keyboard is just that That it has your full weighted keys most of your sounds and stuff will be pretty basic but sounds good and especially if you are getting into classical music or anything like this.This would be an excellent choice for you.

This next keyboard that I have for you Is a Casio CTK- 2550 61  keyboard .Now the reason I have this on here is This is the updated version of the actual keyboard that I started out with. I loved this keyboard it has a ton of fun stuff but it’s all pretty basic like 100 different sound 100 different songs you could play along with. This one though unlike my other one has touch sensitivity which is awesome and see right here it has app integration which means you can plug into their app and do all kinds of cool stuff. This would be like a very basic keyboard That will have more fun elements than the other one. It will sound good and it will have everything that your kid your student will need to actually get started playing music.

And it’s half the price of the other one. Now this is the Hamzer 61 Key portable Keyboard Now the cool thing about this one, it has all those little extra accessories. We have a stand headphones That’s awesome for you parents Microphone that plugs into the back of the piano, so it will play through the speakers like karaoke and it has a stand and your seat .All of those things are very awesome and it’s only 10 dollars more than the Casio I haven’t personally played this one. But from those I do know who have it doesn’t have quite as good speakers as the casio. But if you are playing through the headphones anytime it sounds pretty good. This is a practice keyboard it’s not something you are going to be playing with a studio or anything to actually record things. Even though it does have a record feature in them most of them .So this is like a full package for your kid.

It has everything that you need. A lot of fun things our Casio CTK- 2550 has more sounds and stuff and has a better quality sound than the other one. And then our Alesis Recital 88 Key over here has a full keyboard 88 keys and it has semi weighted keys. So those are the main differences. You either have full keys .Fun sounds and stuff or the whole package of things. Once again these are base price. This is 109 The other one is 100 That full keyboard is only like 200. These are really good prices. If you were given a used piano. It would cost you $100 just to get it tuned if your lucky.

So giving this to your kid is a great way to practice. And they will always have a nice instrument for them to play around with. Ok so we looked at those three instruments I hope you really enjoyed that and learned a lot from it and feel better informed about buying an instrument. Especially about the lies that people are going to tell you.

Because people will criticize your instrument no matter what you get .Sorry about that people are idiots.

FREE PIANO LESSONS -Because of fees, music is one of the three areas — along with sports and field trips — where low-income students get left out.